The history of Rishikesh and the Beatles

Rishikesh is a peaceful yet relishing city situated in the Dev Bhoomi which is also acknowledged as Uttrakhand. Rishikesh is also called the yoga capital of the world. Among serenity, Rishikesh is often known for its sacred ambiance. As this place dwells on the bank of the holy Ganges, you can spot various temples around here. Also, don't forget to endure the evening aarti (worship of God). Which is performed at the bank of the river.聽

Apart from its cultural site, Rishikesh also offers you adventurous vibes. From rafting to bungee jumping, this place has all choices. Nature lovers have plenty of options. From waterfalls to white-sand beaches, it has all this nature's beauty. Also, how about escaping in its wilderness?

Be it a kid or an adult, Rishikesh is an ideal place for all age groups. In fact, whether you are an introvert or an extrovert, you will fall in love with this place.

Devotion flows in the air of this city. If you are a true devotee of Lord Shiva, don't miss this place. Along with that, enjoy its hippy vibes, as you will find several foreigners in Rishikesh. Well, there is an impressive story behind it, wondering why foreigners cherish this place?

As we have already mentioned above about the hippy vibes of Rishikesh, there is an ashram in the heart of the wilderness called Beatles ashram. This ashram is named after the renowned Beatles band. People from all across the world visit this ashram in order to experience the beauty of this place and it's uniqueness.聽 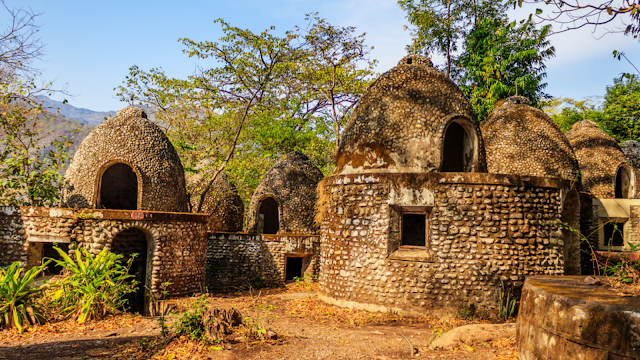 Earlier, the name of Beatles ashram was Chaurasi Kutia ashram. It was long before the members of the fascinating Beatles band did their tour at this place. Maharishi Mahesh Yogi was the founder of this place. He was the saint/ guru who taught transcendental yoga to the members of this band.

In 1967, Maharishi Mahesh Yogi gave a seminar on transcendental meditation in wales. The Beatles band also attended this seminar. Later in 1968, they paid their visit to this ashram with, few popular scriptwriters, songwriters, and some other international celebrities.

When they met Maharishi Mahesh Yogi at the seminar, they were desirous to learn transcendental yoga from the same guru.

Although the main motto of the Beatles was to have a break from international media. They wanted isolation, space, and relaxation; therefore, they chose to meet Maharishi Mahesh Yogi personally.

How to Reach Beatles Ashram?

One can take a direct bus or train to Rishikesh from New Delhi(capital of India). It lies at a distance of 240km from Delhi. If you choose to travel by flight, then you can deboard at Jolly Grant airport in Dehradun. From Dehradun, Rishikesh is just at a distance of 43.5km. To know more book your stay at shaantam resorts rishikesh.